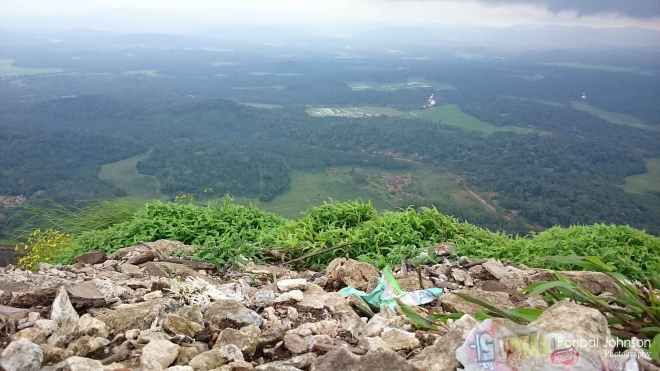 Traveling is one of such things, which excites and fills joy in our lives while we’re going through boring everyday routine. Especially when you do travel with your friends, then the scene becomes more interesting with happy memories:)

It was fourth week of August 2015, couple of our friends had come up with an idea saying “yo, we should go on a trip sometime, what say?”, Guess what, the very moment we talked about trip, one other friend had come up with the whole plan of where we will go and how.

The trip was planned to go Shimoga, district in the central part of Karnataka (most renowned as Shivamogga) with an area of 70 sq km, located 569 m above the sea level, lies on the Tunga river banks. The place is almost covered with lush greens. It was more humid & low in temperature(yet, we can manage!). We planned the trip for two days & two nights.

The places we had planned to visit were

What then, the schedule was dated second weekend of September 2015. Whenever such plans been scheduled, anyone would be super excited.

As planned, a group of fifteen met up on Friday evening, second week of September. We were so curious for that moment, all through the day.

We started with some rituals & prayers, then commenced our journey shortly around 22 30 hours (UTC+5:30) from Bengaluru to Shimoga.

The first night(Ahhh! not that one) of the trip was so exciting, in turn stimulated a dopamine rush. All through that night, everyone one of us stepped up to dance in the narrow mid space of the Van. We had gone crazy and it was fun. Of course, after a few hours all had fallen asleep, hopefully driver wasn’t!(Hhehehe:#)

Early the next morning, we had reached Shimoga (SHE-MOVE-HAaa!) where we reserved a lodge to set ourselves at rest. We got ready in next few hours, walked to the river Tunga, that was closer from the place where we had to stay in.

It was so cool & harmonious to view the river flooding across, beneath the bridge that connects two towns, while there were wonderful citations with enormous stunting green vegetation on either side of the river banks with posing rocks in the mid of river & high hills at the background. It was a good reminder of how we used to imagine while drawing sceneries when we were kids. With all the greed and visual pleasure I rushed to snap some photographs of the scene. My goodness, though I had no Pro cam, I managed to snap few pics with my smartphone.

The river bank was like a sea shore, means to say, we would experience a feel of being in an Island.

Few hours later, we had returned back to our base. After a while we had headed to Sri Sharadamba(Saraswati) temple, Shringeri. Temple was known to be found by Sri Adi shankaracharya during 8th century, which stands-out with historical memories. That was a good experience feeding puffed rice to fatty fishes that jumped to get some food, at the bank of the river Tunga at the temple.

Followed by, we had visited Sharavathi backwaters. The backwaters usually reserves water bank that guided by a river or some massive water body like a wide-spread lake. Hence, the sharavathi backwaters is the result of Sharavathi river. The backwaters’ view was so enchanting and peaceful to anyone who could experience the silence by the bank. It was so healthy & natural circumstance, which was surrounded by water on three sides while a way path leads deep down to mid pool.

Then, we had been to kundadri hill, which was so high and the routes were filled with lot of hairpin bends. The experience was sort of free-style roller coaster ride to a hill. It was like Uufff! eventually we reached the peak of the hill. When I saw the place I felt Oh my goodness!, the view was so magnificent which can’t be expressed in words, the weather was ultimate. That must be the right spot one should pick to see dark spongy rain clouds at real closer, in-fact you could possibly scoop a handful of cloud in your bare hands!!! There were a couple of ponds by the temple. The temple is a holy pilgrimage place for Jains and also a fine spot to do a bit of trekking and climbing, for adventure enthusiasts. It was found during 17th century, remembered in the name of Jain monk Kundakundacharya.

On breathtaking trek to Kundadri hill, at real closer we happen to visit Sirimane falls(at Shringeri). I have to admit that the feel was so magical & awesome when I had seen one such a waterfall after so long. Probably, you might need to imagine me as a kid who had got tempted upon seeing a whole truck of his most favorite ice-creams to enjoy. I jumped into the waterfalls with all the joy along with my friends. We sung, danced and relaxed while Nature served us as best massager with regular rhythm of waterfall.

It was late evening then, we decided to back up to lodge with all day long amusing yet tiring tour.

The second day of the tour was well planned to tour Sri Chowdeshwari temple, Sigandur and wind up visiting Jog falls finally.

As per plan, we had visited Sri chowdeshwari temple at Sigandur. And this is one of my favorite episode, because it was closely related to a dream come true. That day I had no idea that we would travel on a Launch (open deck motorboat). It was like a town from where you can travel on a Launch to the other low-land where the temple located, that’s surrounded by Sharavathi river backwaters. On the launch, everything and anything had been loaded from people to buses & trucks. The place was completely adorable, it felt like I was on an Island when I saw water on every side I turned. It was a whole combo of lush green environment, rainy weather, crowded temple & slippery red-soil landscape. It was a very special that day, where the temple was flooded with thousands of devotees. Almost we had got stuck in the queue up to four hours for darshanas. Adventurously, it started raining wildly at the time all of us returned back to the Van. At that place, the soil was so slippery such that no vehicle could fight the soil with enough friction though. It was more like dirty drive & drifting along the sloppy road to end up loaded back on the Launch for a happy & safe return.

It was late already, we were in dilemma to decide whether to complete the trip with visitation to temple or to visit Jog falls as last spot. Despite of being late, the whole purpose of the trip was in the name of Jog falls. So, we headed to Joga. By the time we reached, the road routes were all covered completely with mist & fog. It was all deep, thick & dark. We were so desperate and badly wanted to view the falls. That there are times when we should understand the circumstance if it’s not favorable. We were left with the choice to return back to home. Luckily, we had a chance to watch the light-show in Joga at the climax of the trip. The light-show was mesmerizing and to my surprise we happened to watch a whole clip of a short movie projected on the dancing water showers. Afterwards, we ended our trip by starting the return journey from Shimoga to Bangalore that night.

Eventually, we reached back to Bangalore next morning(Monday) early at around 06 00 hours.

Every opportunity we seek to stay happy in our lives would pass out at some point at the same speed as it begins. Yet, every other opportunity in the future can’t pave a better way to seed beautiful memories as we had in the past. I believe we all are meant to be happy with happiest memories in our lives.